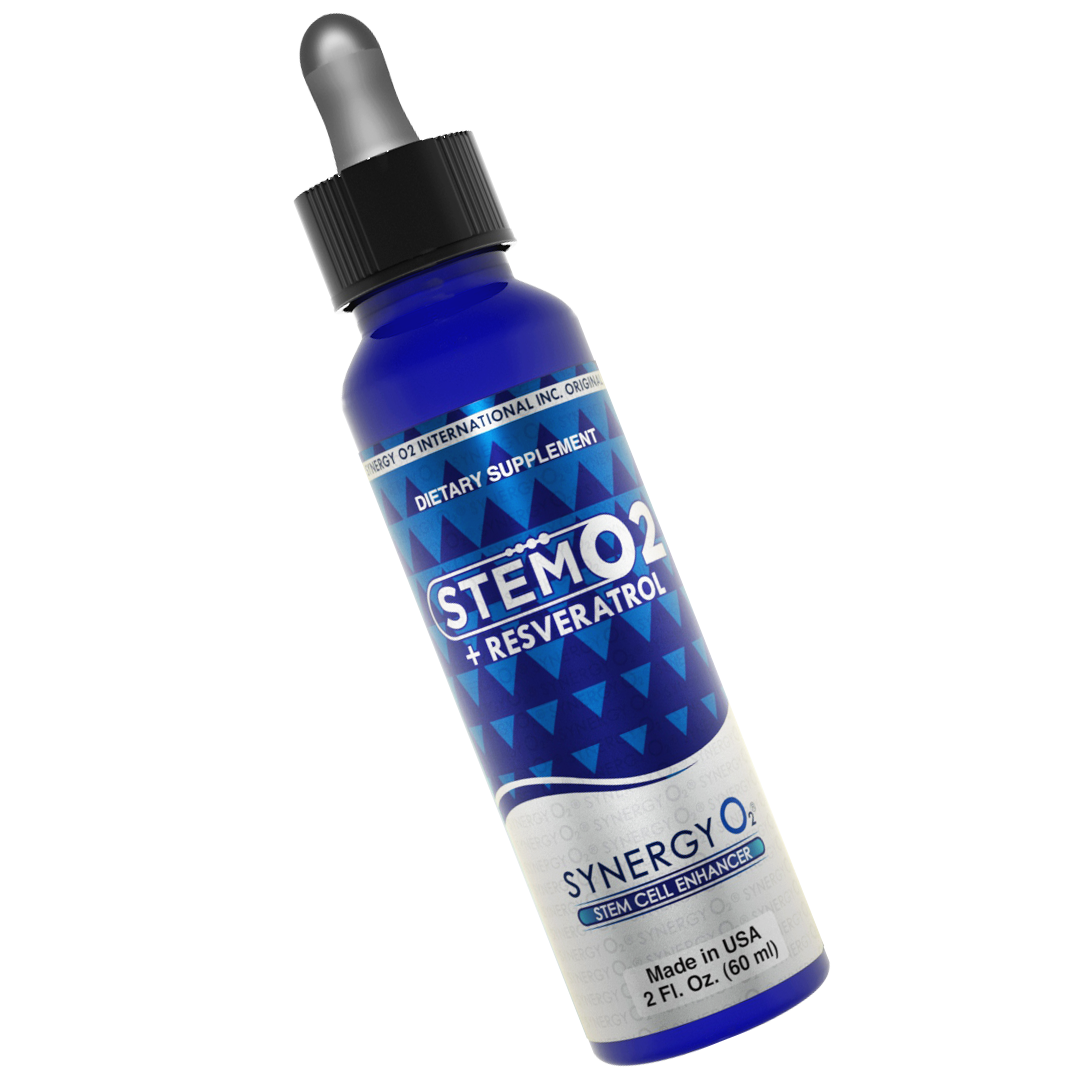 Nutritional supplement that can help to stimulate stimulate the production of stem cells from a natural way. The increase in stem cells can contribute to reviand regenerate tissues tissues and organs and organs of the body on an ongoing basis..

StemO2 can help in:

– Promote the constant generation of stem cells.
– Stimulate the functions of the immune system to eliminate viruses and bacteria.
– Prevent the development of nervous disorders.
– Regulate cholesterol and triglyceride levels. 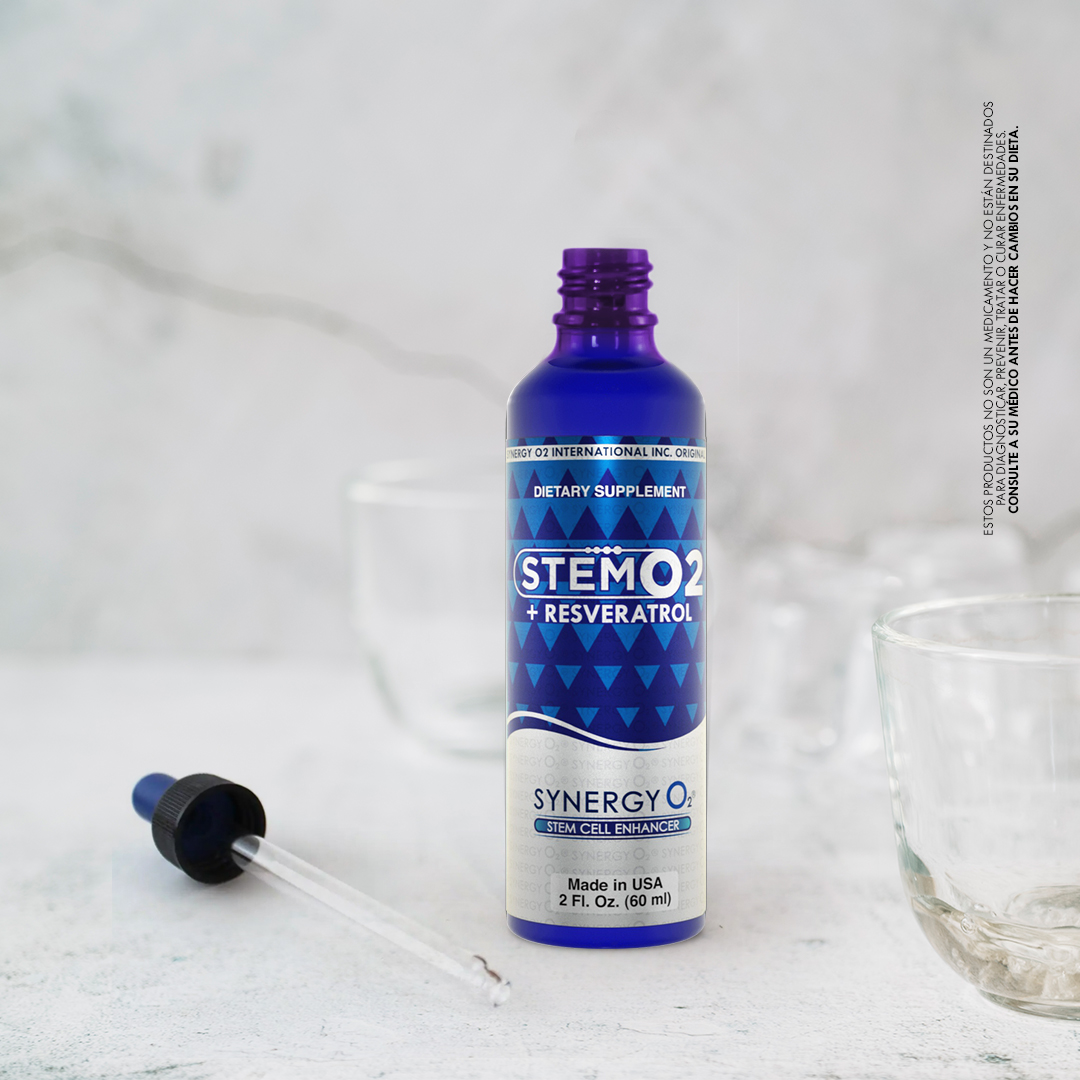 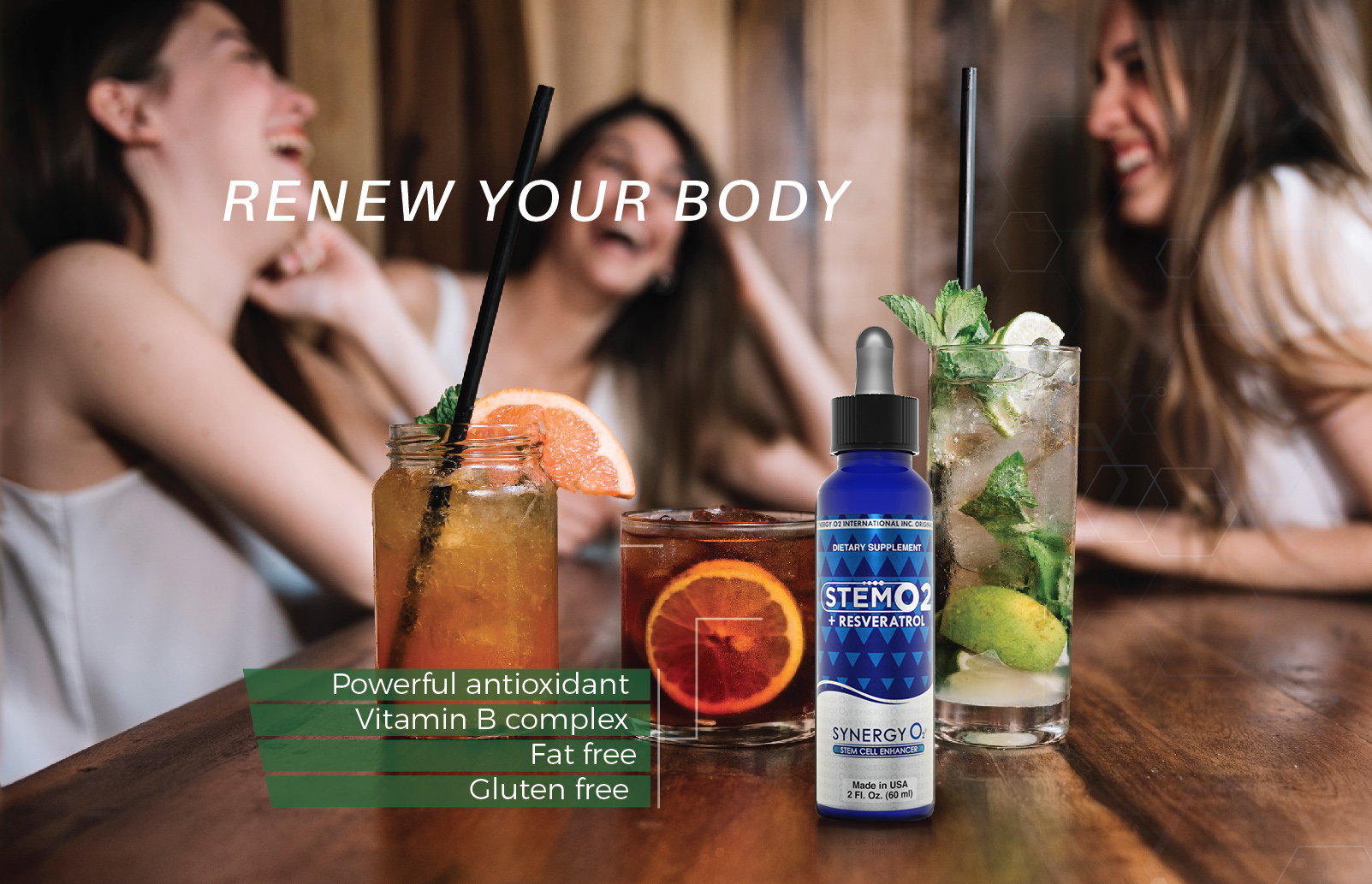 Take 15 drops of StemO2 3 times a day by placing it under the tongue, hold for 20 seconds and then swallow.

Shake well before use.

Note: Some people may experience a healing crisis when they start taking StemO2, however, all symptoms are temporary. 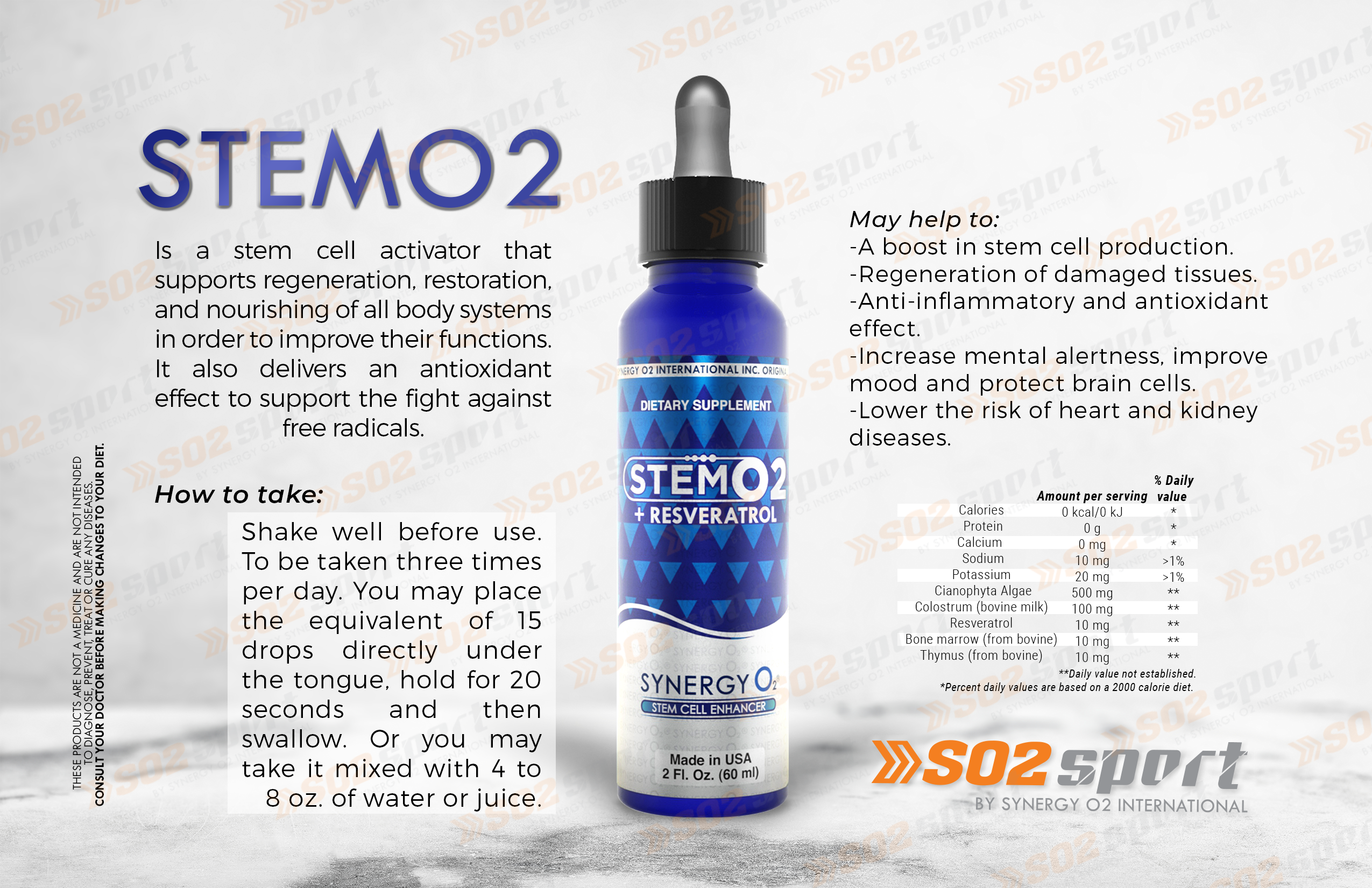 StemO2 came to the market to totally revolutionize the technique of stem cell production, including a high dose of natural components that are absorbed by the human body revitalizing and performing immune stimulation, thus contributing to nutrition, restoration, cleansing and oxygenation of the cells. 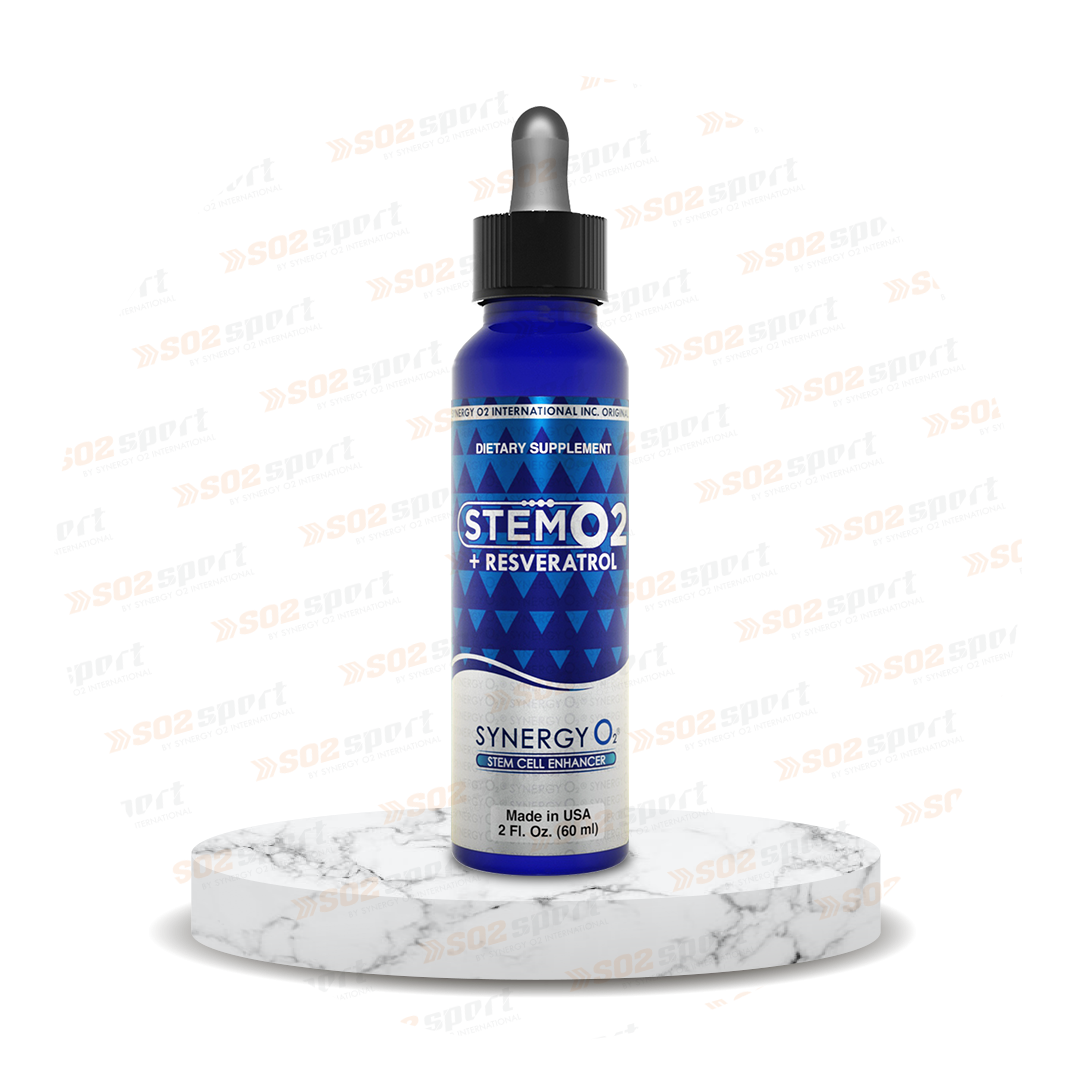 StemO2 came to the market to totally revolutionize the technique of stem cell production, including a high dose of natural components that are absorbed by the human body revitalizing and performing immune stimulation, thus contributing to the nutrition, restoration, cleansing and oxygenation of the cells. In addition, StemO2 helps the body against infectious organisms that can cause disease.
Stem cells are depleted over time and with increasing age. Also, we must consider environmental factors, the intake of harmful substances (alcohol and tobacco), genetic conditions, poor nutrition and stress.

According to scientific studies, at the age of 25, the body begins to deteriorate and human growth hormones begin to decline. Stem cells are the regenerative source of the different tissues of the organism. They spring into action when tissue damage occurs and migrate from their niches to the site to be repaired. StemO2 supports the reduction of the harmful effects of low stem cell production and provides adequate nutrients in the required amounts.

In addition to cellular reactivation, learn what else StemO2 can do for you.

Auxiliary in cardiovascular and renal diseases. In addition, it can help reduce high cholesterol levels.
It increases cellular respiration and raises defenses, which protects the immune system.
Ideal for those with concentration problems as it can increase mental alertness and concentration.
It can help improve mood and relieve depression.
May help relax the central nervous system.
It is considered a powerful antioxidant, even much better than vitamin E.

Is StemO2 a medicine?
No, StemO2 is not a medicine. Because StemO2 is a dietary supplement, it works according to the body’s priorities and starts working where the body needs it most. StemO2 is not intended to diagnose, treat, cure or prevent any disease.

What is the life span of StemO2?
By FDA (Food and Drug Administration) requirements we must establish a date that indicates the expiration date of the product. Once you have purchased the product, you must consume it within 3 years. However, the benefits of StemO2 can still be obtained even after the date on the package has passed.

How is StemO2 going to help my body at the cellular level?
One of the main components of StemO2 is resveratrol. This component protects brain cells and helps the process of oxygenation and energy activation of the mitochondria, preventing to some extent the loss of neurons over the years and in critical situations such as stroke events or cerebrovascular accidents.
What are the benefits of aphanizomenon or klamath seaweed? (algae obtained from a lake called Klamath)
Due to its great potential of proteins, iron and other minerals absorbed when ingested orally, the AFA component directly benefits the immune system, reducing inflammation, viral infections and supporting the proper functioning of the heart.
It is credited with the power to increase mental alertness, concentration, improve mood and alleviate depression.

What minerals and vitamins does StemO2 contain?
StemO2 contains many essential minerals such as calcium, chloride, chromium, copper, iron, magnesium, manganese, phosphorus, potassium, sodium and zinc. These minerals are essential for human health.
StemO2 also contains minerals and trace elements, including: Vitamin A, vitamin C, niacin, choline, folic acid, pantothenic acid, biotin, vitamin E, vitamin K, and many of the B-complex vitamins such as vitamin B-1 (thiamin), vitamin B-2 (riboflavin), vitamin B-6 (pyridoxine), and vitamin B-12 (cobalamin).

Shake the product before use. Adults should take 15 drops of StemO2, 3 times a day by placing it under the tongue. After 20 seconds the product should be swallowed.